The modern system is installed in the production plant in San Martino in Rio (Reggio Emilia) and aims at preventing the dispersion of unpleasant odours.

The plant will ensure the containment of volatile organic compounds.

Italgraniti Group inaugurated an innovative thermal regenerative after-burner that further enhanced the already efficient odour abatement system.
In operation since a few months, the plant will ensure the containment of volatile organic compounds (so-called VOCs) and aldehydes, substances that are released during the production process.

The Group competitiveness is now growing along with environmental awareness.

Before the new after-burner came into operation, the emissions generated by the ceramic raw material spray-drying process were treated by a fabric filter system with an efficiency of 95 per cent.

The purification of the firing fumes also included the addition of a pre-coating of the filter surface composed of hydrated lime, to reduce the concentration of hydrofluoric acid generated while firing.
However, these systems were not able to intercept volatile organic substances, which were present in the ceramic production process especially after the introduction of digital decoration, which in fact uses organic-based glues. And it is precisely these substances of organic origin that could cause those living and working in the vicinity of the production plant some olfactory discomfort.

Although there have never been any reports of this happening, Italgraniti Group decided to install a regenerative after-burner as a preventive measure. Inside it, temperatures reach 850°C, enough to completely oxidise VOCs and aldehydes. Equipped with three combustion chambers with high thermal efficiency, the after-burner collects the fumes to be treated in the first and the purified fumes in the second, while reserving the third chamber for the elimination of any residues from the post-combustion process itself. 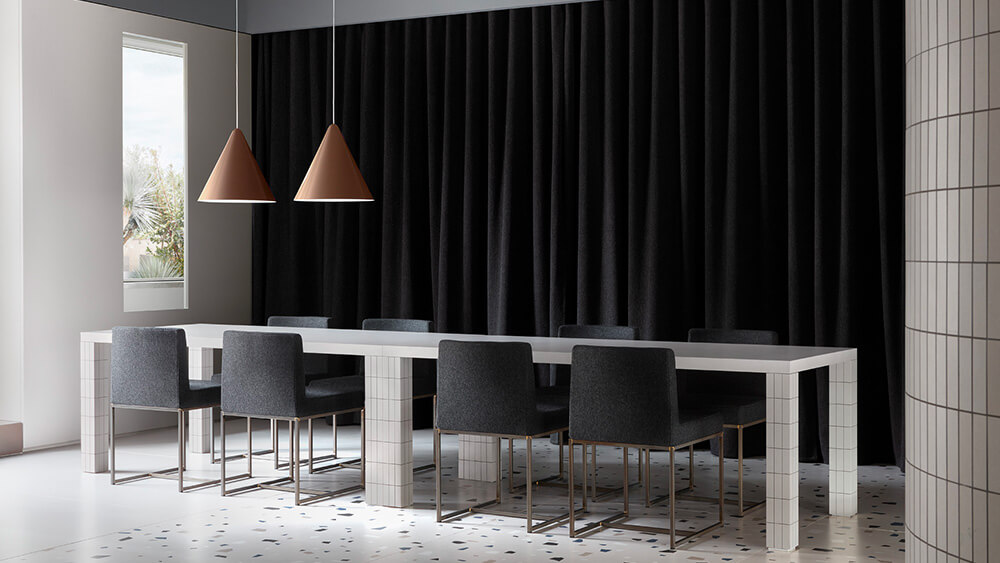 An exhibition dedicated to new collections for the architectural landscape and the entire contemporary interior design comes to life in over 400 square metres on two floors. 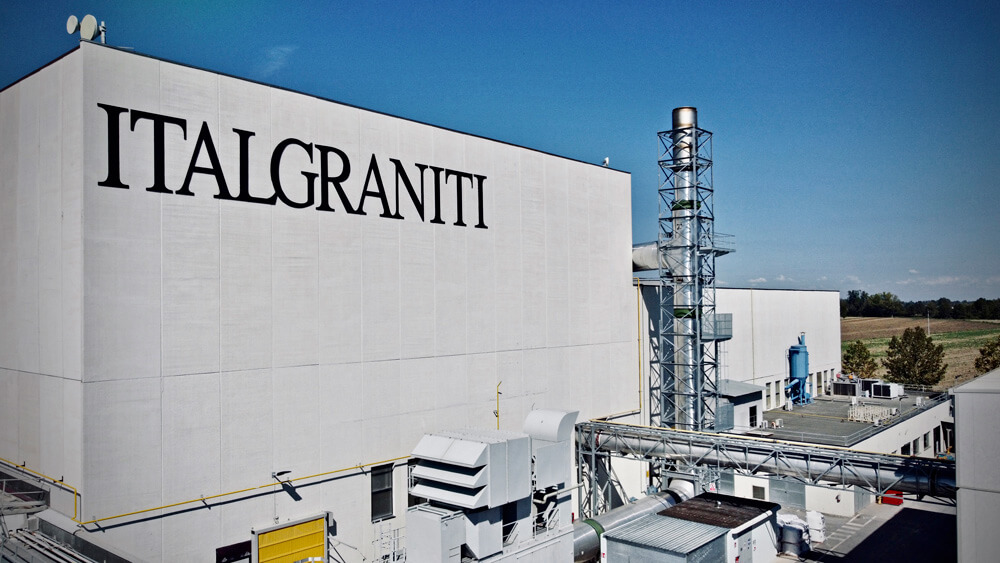